ByWater Solutions plans and prepares for the worst by taking the following precautions and installing the following safeguards to protect your data. We perform a daily backup of all system data stored on the cloud. This information is saved both on-site and off-site, and is comprised of the all of the system data, and all other information found on the main server. In addition to the daily backups listed above, we create a mirrored image of the system data and code-base. If you so choose, we can also set up an additional system backup onsite at your library’s location and populate that daily for an additional fee.

Koha can interface with 3rd party products and these products are vendor agnostic, meaning that there is no limit to who you can work with for interfacing with third-party products.

Koha acts as a Z39/SRU server and is SIP2 compliant and supports ILS-DI, NCIP, OAI-PMH and provides an extensible REST API. Complete list of APIs and Protocols supported by Koha.

Accounting Management - Koha can help keep track of what your patrons owe in the system.

Authentication / Patron Imports - Set up your users so they can authenticate and validate that they are valid library members and have permission to use/borrow.

Discovery- Connect your Koha catalog to a discovery interface.

EDIFACT (EDI) Ordering - Koha uses the EDIFACT standard for electronic ordering. ByWater Solutions will install a plugin specifically for each vendor listed below. Please suggest new vendors not listed below to your implementation team.

eResources - Connectivity with APIs for all major e-book vendors that allow patrons to circulate e-resources without leaving the library’s OPAC.

ILL Services - Koha supports advanced holds processing and resource sharing throughout the country via Z39.50, or through 3rd party ILL modules which use the NCIP protocol.

Messaging / Phone - Koha can send text/SMS messages to patrons via an SMS gateway. You will need the patron's cell number and provider to send the message. You can use a 3rd party provider to send SMS messages. i-tiva is a third party, proprietary, product that libraries can subscribe to for automated phone services.

Self Service- Koha can connect to self-check machines, gates, RFID, kiosk, and more. 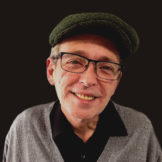 Mitch has been tuning Unix and Linux servers for over 30 years for a wide variety of environments including higher education, research, large scale e-commerce, and credit card processing. He is passionate about providing excellent service and communication to people of all technical levels. In his down time he enjoys reading, music, and cooking.

Jesse uses his 20 years of experience in operational management and client relations to streamline development processes and ensure that custom developments are delivered on time and according to specifications. Using his history of success in spearheading new initiatives and managing customer correspondence, Jesse follows new feature developments from conception all the way to realization. He has worked in many different business forums and is perfectly suited to bring the levels of organization and communication we are know for to our Koha partners.

From Polytech academic libraries, public libraries large and small, brewery libraries, and everything in between, Liz has helped Koha libraries succeed for over 10 years. Avid open source fanatic and general doer of things for the Koha community, she loves libraries and fights fiercely for security, privacy, usability, and freedom for Koha users. 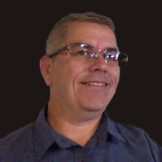 Clifton has been providing systems and end-user support for 30 years, for both public and private entities. He has been involved with open source communities for at least 20 of those years and has experience with research clusters and scripting to process large data sets. He is passionate about cycling, Linux, and family. In his spare time, he loves hiking, traveling, cycling, history, and reading from a variety of genres.

Note: Data added to the demo will be erased every 3 hours due to this process.

Note: Data added to the demo will be erased every 3 hours due to this process.