What you missed by not attending KohaCon13 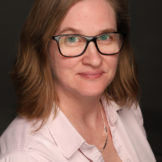 A gentleman asked a question in one of the several roundtables at KohaCon13 [paraphrased] “Who, here, has ever had the chance to sit in a room with the people who wrote the code to your ILS and talk about how you use the system and get answers about how it works with your previous ILS vendor?” Not one person in our group of 20+ raised their hand. He illustrated an important way in which KohaCon was … well, awesome.

Did you ponder attending KohaCon13, but decided against it? Here is a little bit of what you missed. You missed hearing the progenitor of Koha, Chris Cormack, along with Paul Poulain of the French company BibLibre, recall the history of how Koha came to be and how it has developed over the years.

You missed the keynote speech by Koha 3.14 release manager, Galen Charlton, in which he talked about new features in Koha 3.14 and he also provided some insight into the development process. Additionally, Kyle Hall, Development Support Specialist at ByWater Solutions, discussed the plug-in feature for Koha 3.12.

For those of you considering using Koha at your library, you missed Chris, speaking again, about best practices for deploying Koha, and Roy W. King & Todd Goatley of Washoe County Library, NV explaining the server set up for their library system. A moment you should have been there for was when Suzanne Fayle from Roseman University described her library’s migration to Koha, the decision process she used to chose Koha as an ILS, and she even included some tips for how to navigate the migration process smoothly. Once the decision had been made to use Koha at your library, you have to train your staff. Well, what would have helped was the presentation given by Nicole Engard, Vice-President of Education at ByWater Solution, where drew from her years of training experience to discuss how to train library staff new to Koha.

You missed the opportunities to give input into which features and or bugs receive precedence at Hackfest (event where programmers and developers gather in a room and fix bugs and work on developments together) during the several roundtable discussions held each day of the conference. Here are some examples of topics discussed at roundtables you can shed a tear over missing:

You missed being introduced to the ways libraries are using other open-source programs along with Koha.

Community Involvement – The quote you missed, and the quote that makes my open-source lovin’ heart beat a little faster, was in the presentation by Paul about community involvement . He mentioned an African proverb, “Alone you run faster, together we run further.” Paul explained how the Koha Community works and ways to get involved. Chris followed up with his entertaining presentation titled What Have You Done for Me Lately? Then, Paul brought it home with a tutorial on how to sign off on patches using a Koha Sandbox, which I, personally, found very useful. It inspired me to sign off on a patch with a coworker, Melissa Lefebvre, Operations Manager at ByWater Solutions for the first time. It was a simple one to sign off on, but a great starting point.

“To Infinity and beyond!” – Buzz Lightyear

You missed the ways that the Koha community is working to position Koha as an international and sustainable project for years to come. First, Ruth Bavousett from CPanel, nudged the community towards further developing Koha’s multi-lingual capabilities. David Noe, Migrations Specialist at ByWater Solutions, hit a high note when he discussed how the Koha community must consider the future of library content by more fully integrating electronic resource management into Koha. I would mention the great discussion that followed, but I don’t want to make you feel bad.

Brendan Gallagher, Co-Ower, Lead Plumber, and CEO of Bywater Solutions, lead a discussion with additional speakers: Paul, Galen, and Jared Camins about a possible funding project that could lead the way to keep Koha relevant for years to come. He spoke of creating a non-profit organization to seek funding for foundational structure development to Koha.

The Koha community event that ended this conference resulted in many kittens being saved, even grumpy ones. Had you been there, you could have helped drive the decisions of which kittens were saved. If you really love kittens, you will have to come next year. We know librarians love cats. You can’t say the Koha community doesn’t know how to solicit participation. If you have the skills, you can save some kittens yourself next year.

The last thing you missed, was the great presentation on the annual Burning Man festival held in the deserts of Nevada. I would write more about it, but it really has to seen to be believed. (That’s my last bit of shaming for not attending.) You will have to come next year! KohaCon14 will be in C√≥rdoba, Argentina. Happy planning!