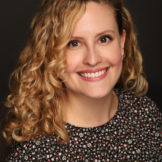 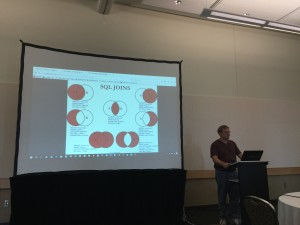 This morning at KohaNA the conference split into two different sessions: one led by Christopher Brannon on SQL and the basics of creating reports in Koha, and one led by Joel Sasse and Kyle Hall on Linux and GIT.

Christopher described the bare bones of the SQL query: SELECT, FROM, WHERE. He then moved on to joining tables, which is a really useful concept for pulling reports in Koha. Libraries use all kinds of statistical reports, and can create these in the reports module with some help from the SQL reports library ->http://wiki.koha-community.org/wiki/SQL_Reports_Library. 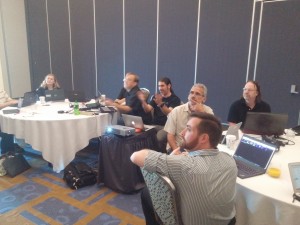 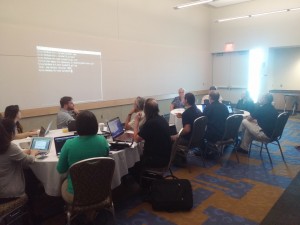