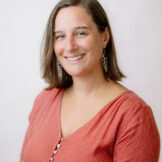 The CORAL Community released v 2020.09, which includes several bug fixes and improvements. Most notably, the inclusion of Counter Release 5 support.

A complete list of enhancements and bug fixes along with the code for download can be found on Github:
https://github.com/coral-erm/coral/releases

We would like to thank all developers and users who have contributed to this release.

#660 COUNTER Code of Practice Release 5 support—to maintain support with the latest version of the COUNTER standard, CORAL now supports COUNTER Release 5 usage reports. The reports can be imported from TSV (Tab-Separated Values) files or directly from vendors that support SUSHI. The data can also be viewed online and exported to a spreadsheet. Additionally, users can delete a platform and all associated data from the Usage Statistics module in one action.

CORAL is an electronic resource management system initially started by the University of Notre Dame’s Hesburgh Libraries. The first module, Licensing, was released as open-source software in the summer of 2010 and we have continued releasing new modules since then. It is designed to be both simple and highly customizable – each module can be installed independently or used together depending on your library’s needs. If you do decide to install the entire suite, easy access to linked records helps make sense of the electronic resource through the entire life cycle of acquisition, licensing, administration, support, and usage.