Breaking the Mold: Virginia Tech Adopts Koha as a Key Component in their Library Service Platform 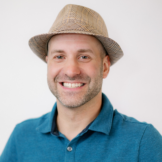 Breaking the Mold: Virginia Tech Adopts Koha as a Key Component in their Library Service Platform

The University Libraries at Virginia Tech are now live on Koha with ByWater Solutions. ByWater successfully completed the transition of the library's 1.5 million plus holdings from Sierra, with no data loss, over the course of four months and will be providing ongoing support and hosting services to the library. The University Libraries have also be implemented the Coral ERM through ByWater and the Ebsco Discovery Service to work alongside Koha for a unified Library Management System that allows students to easily find all of the resources needed in one interface.

The University Libraries at Virginia Tech are the first R1 research libraries to adopt Koha as their LMS and marks a turning point for the Koha project in terms of large scale academic library adoption. So why is this important? Finally, a large R1 library has had the gumption to try something new. Instead of following the majority of libraries migrating to the one system dominating that space Virginia Tech set aside unjustified prejudices and misconceptions surrounding Koha and open source and took a good hard look at the facts. This is evident in a quote from a recent podcast we did with the Assistant Dean and Chief of Staff at the University Libraries, Michael Kucsak:

Koha has the features and functionality that meet or exceed those of all the major proprietary systems on the market at a fraction of the cost with more a much more comprehensive service model. On top of that the libraries have the flexibility to plug in whatever tools they want from whatever vendors support those tools without limitation. The key word here is flexibility. Michael goes on to talk about what was most important in choosing a new system and how that ties into utilizing a Discovery tool to work in cooperation with Koha.

“Freedom and Flexibility is the number one thing. Why? Because we can do what we want with the system, opposed to having to do something that the vendor wants.” He goes on to say: “Our choice in Discovery tools can change. We chose the best tool for the job. One thing that was very important about working with Koha and ByWater was the freedom to choose and not be locked into to any one particular system.”

This freedom to choose may be scary in the eyes of some librarians, but as further consolidation occurs in the automation marketplace it becomes more and more important to diversify and take control of your technology. There are very differing opinions surrounding the question of technological diversification. Some say that the convenience outweighs the risk in getting all of your services from one place, while others want the control to pick and choose who to work with for each service that is contracted. My strong belief is that putting all of your eggs in one basket is a bad (and risky) idea unless there is a significant loss in functionality or a significant detriment to price by doing otherwise. The great thing about Koha is that you can have your cake and eat it too. Not only is Virginia Tech saving over $100,000 dollars per year by switching to Koha and EDS, they also are able to pick and choose who to partner with for other services that tie into their LMS, giving them the power in the vendor/customer relationship.

By switching to Koha, the University Libraries at Virginia Tech benefit from significant security enhancements, enhanced flexibility and control, and a system that they now have the power to make changes to that will not only benefit their own institution, but all institutions utilizing Koha worldwide. They are able to enjoy a fully web based system that is supported by one of the highest ranked companies for customer satisfaction in the country and are able to do it for significantly less money than their previous system cost, and even more money than the alternative proprietary systems could offer.

So why are more libraries like Virginia Tech not jumping on board? Well, the answer is that their needed to be a first. We have already started to get interest from similar institutions because of the success of this migration to Koha, Coral and EDS. Give us a call and see what they are describing in action.