In Koha, there is a slip in the Notices & Slips module for printing a receipt to a patron when they pay a fine. In 19.11, a new feature combined with the system preference, FinePaymentAutoPopup, will allow the slip to be edited to include change given back during the transaction.

An edit to the slip, ACCOUNT_CREDIT, needs to be done, for this feature to appear. If a library would like to have the change amount that was given back to the patron appear on the slip, this edit will need to be made:

If this line is added to the last line of the slip, it will appear when printed like this:

1. Turn on the System Preference,FinePaymentAutoPopup.

2. Edit the Slip as instructed above.

3. Make sure your browser is accepting pop-ups.

3. When taking a patron's payment, enter the amount the patron paid in "Collect From Patron". 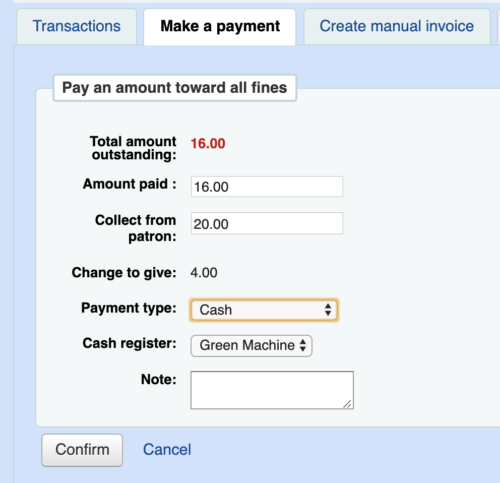 4. Koha will first have an alert that the patron overpaid and the change to be given back in a white pop-up box. 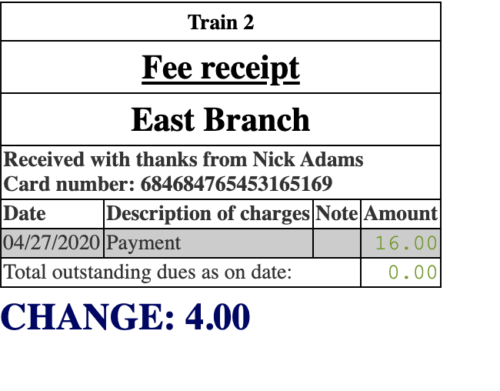 Change given is *not* shown on subsequent prints of the same receipt using the "print" button for the payment. This will only appear on the first print.

For more information about 19.11 upgrades specific to the Patrons & Circulation module - see this post.

For more information about the 19.11 Upgrade.