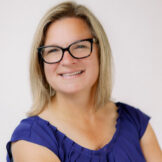 When claims returned was introduced a few Koha versions ago, when a library marked an item claimed on a patron's account, this item remained on their checkout page. Although this may work for some libraries, other libraries wanted the functionality to have the item that is being marked 'claimed' to be taken off the patron's checkouts.

A new option has been added to the system preference, MarkLostItemsAsReturned, to accommodate those libraries that would like to remove items that have been claimed off the Patron's checkouts.

The item will be marked with a "claim' status and the patron will still have the item in their "Claim" tab on their account.

This change just alters how the claimed item is reflected in Koha.

If a library would like to learn more about the Claims Returned process, here is a helpful blog post and tutorial video on this feature: