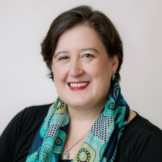 Koha has two options for “go get these things off the shelf because a patron has placed a hold on it”: the Holds to pull, and the Holds queue. Kelly explains the differences here: https://bywatersolutions.com/education/koha-question-of-the-week-what-is-the-diference-between-holds-to-pull-vs-holds-queue

The most common question we see with Holds to pull is that there are items that have holds on them, and are on the shelf, but are not showing on the list. This is usually related to the system preference “HoldsToPullStartDate.”

The value entered in this system preference sets the date range that you see on the holds to pull page. Since we have it set at 60, that is what will show on the page:

What caused the difference between the two? Some of the additional items were holds that were placed but were not filled for whatever reason. Others may be due to the suspension of holds. For instance, if a patron placed on hold on December 1, and then suspended it until Feb 1, that hold will not show on the first Holds to pull list of 60 days, as the hold was placed more than 60 days ago. The Holds to pull only looks at the date the hold was placed, not when it was unsuspended.

The default value set in the system preference is 2 - so you will only see holds placed in the last two days. We suggest changing the default value to at least 3 (to account for closed days/weekends” at the minimum, but most libraries set it to 30 days or longer. Even with a longer default, it is best practice to manually change the date range on the Holds to pull page to 365 days every once in a while to make sure you aren’t overlooking any suspended holds, etc.

The other common question we see with Holds to pull is how to adjust what columns show on the page. This table is controlled through the “Table Settings” in the Administration module of Koha. Look for Circulation - holds (table id holds-to-pull)

If you are a single site, then you will want to hide the columns libraries and pickup_location as that will always be your library. Libraries will often hide the columns available_items (how many copies of this title are on the shelf), patrons (how many patrons have holds on the item), first patron (the patron who is first in line for it), and copy_numbers (if you don’t use copy numbers at your library). Likewise, if your library does not use enumerations, hide the enumeration field. Remember that even though these columns are hidden by default, you can use the columns cogwheel on the Holds to pull page to display any of these columns.

The list is sortable by either clicking on the light gray arrows in the headers of the columns:

or by using the filters at the bottom of the page: